A concept that may explain the missing 95 percent of the. cosmos 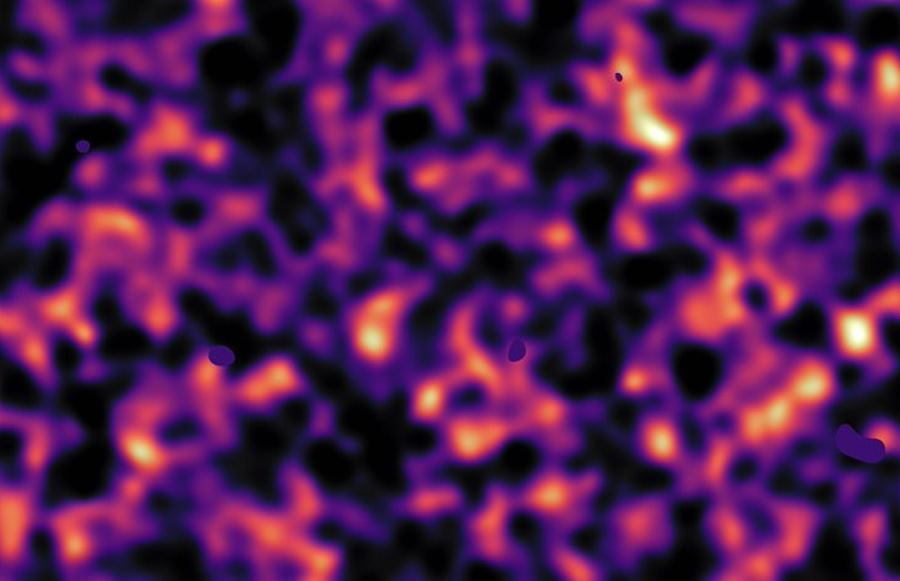 A concept that could explain the missing 95 percent. cosmos

In the pages of the journal Astronomy & Astrophysics” has come up with an intriguing concept that could explain one of the biggest mysteries in modern physics. The idea combines dark matter and dark energy into a single phenomenon: a fluid with negative mass.

Author of the publication „Astronomy & Astrophysics” Is Dr. Jamie Farnes of Oxford University. – ZaróBoth dark matter and dark energy can be unified into a fluid thatóry possesses some kind of "negative gravity" repelling all the other materials around the. Although this matter is peculiar to us, it suggests that our cosmos is more symmetrical than we thought – Farnes said.

If we pushed such a physicist’s proposed fluid, it would accelerate toward us. This hypothetical fluid mówould solve two of the most frustrating mysteries of physics – why galaxies do not disintegrate during rotation, but stick together? And why the Universe is growing much faster today in cfówn to the past?

The current model of the evolution of our Universe, the so-called. Lambda-CDM model, not mówi us nothing about what dark matter and dark energy are. We only know about them because of their gravitational influence on other observable matter. We also know that the two make up about 95 percent of the. of all the energy and matter in the Universe.

The existence of negative-mass matter was previously ruled out because it was thought that such matter would lose density as the Universe expanded, contradicting our observations, które show that dark energy does not disappear over time. But a new model suggests that these exotic particles, które responsible for this, are constantly created in the Universe. Thus, the continuous formation of a negative mass ensures that its density does not decrease as the cosmos expands. The suggested fluid appears to be the same as dark energy.

– The theory seems to explain not only dark matter, but we get róalso a possible solution to dark energy, as a bonus. It appears that a simple minus sign may be able to solve two of the biggest problemsóin physics – said Farnes.

Farnes’ concept provides róalso the first correct predictions of dark matter halo behavior. Most galaxies are rotating so fast that they should burst apart, suggesting that an invisible dark matter halo must be holding them together. The research includes a computer simulation of the properties of negative mass, która predicts the formation of dark matter halos, similar to those które are observed using modern radio telescopesów.

Albert Einstein proposed a similar factor exactly 100 years ago. In 1917, he suggested that próThe space heat must contain enough energy to zróbalance the effects of gravity. For its równań introduced a parameter known as the "cosmological constant", która is now identified with dark energy. However, in 1931 he retracted this idea and called it his own "biggest mistake", although wspóModern astrophysical observations prove that this is a real phenomenon.

– Previous approaches to combining dark energy and dark matter próThey were able to modify the ogóEinstein’s theory of relativity, whichóra has proven incredibly difficult. The new approach adopts two old ideas, whichóre are consistent with Einstein’s theory – negative mass and matter creation – and links them together. The result seems beautiful: dark energy and dark matter can be unified into a single substance, with both effects simply explained as positive mass surfing a sea of negative mass – explained Farnes.

Dowód to confirm Farnes’ concept were to bring tests conducted with a state-of-the-art radio telescope known as the Square Kilometer Array (SKA). – There are still many theoretical problems to be solvedów. A lot of computer simulations need to be done, but I can’t wait to see if the new extended version of LambdaCDM confirms observations. If this happens, it will indicate that the missing 95 percent of the. cosmos has a very aesthetically pleasing solution, we just forgot to introduce a simple minus sign – Farnes said.

Construction of the SKA will begin in 2019, and answers to the correctness of Farnes’ theory may not appear until 2030 at the earliest. The proposed radio telescope networków, whichóra is to be built in South Africa and Australia, would produce enough data. But negative-mass particles could be detected sooner at CERN if in ogóle exist.

– Of course, my concept is not necessarily correct. Perhaps the final data will show that there is no matter with negative mass, or perhaps prove that we are surrounded by it on all sides. Either way, such considerations bring us closer to understanding the true nature of our Universe – said scientist.