How big can neutron stars be 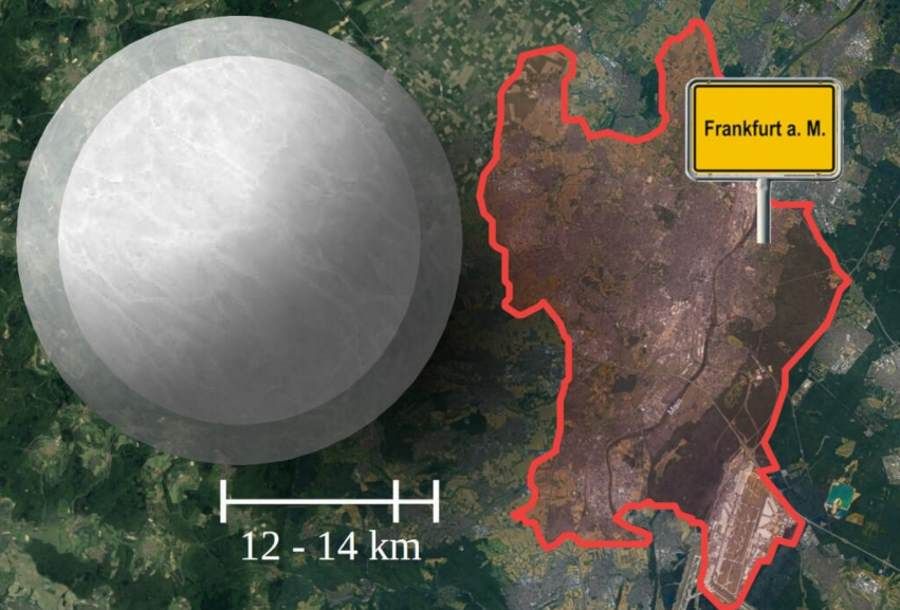 How big can neutron stars be?

Earlier estimates of the size of neutron stars ranged from eight to 16 kilometers. Now researchers using a sophisticated statistical approach based on gravitational wave measurements have redetermined the size of stars to an accuracy of 1.5 kilometers.

Neutron stars are the most dense objects in the Universe. A relatively small sphere with a diameter of porówn comparable to the city of Frankfurt may have a mass greater than that of our sun. However, these are only rough estimates.

For more than 40 years, determining the size of neutron stars has been the Holy Grail in nuclear physics, whichórego solution would provide important information on the fundamental behavior of matter in atomic nuclei.

Astrophysicist’s findingsów from Goethe University in Frankfurt and FIAS were published on the „Physical Review Letters”.

Data from the detection of gravitational waves from merging neutron stars (GW170817) has made an important contribution to solving this puzzle. In late 2017, Professor Luciano Rezzolla of the Institute of Theoretical Physics at Goethe University and his students used the data to answer the question of the maximum mass that neutron stars can hold before collapsing into a black hole. Their results have been confirmed by other research teams from around the world.

The same teamół, with the help of Professor Juergen Schaffner-Bielich, has worked to set more stringent limits on the size of neutron stars. Physicists chose statistical methods to determine the size of these stars.

To set new limits, they calculated more than two billion theoretical neutron star models, solving róEinstein’s statements describing the róin the equilibrium of these relativistic stars and put together this large collection ofór data with constraints from GW170817 gravitational wave detection. You can read more about the signal detection itself, named GW170817, in the text: Gravitational waves from neutron star collision. The first such detection ever.

– This type of approach is not unusual in theoretical physics. By analyzing the results for all possible values, we can effectively reduce our uncertainty – Rezzolla said. As a result, scientists were able to determine the radius of a typical neutron star to within 1.5 kilometers. According to them, it ranges from 12, to 13.5 kilometers.

At ultra-high densities, matter drastically changes its properties and undergoes a so-called "phase transformation". This is similar to what happens to water when it freezes and goes from a liquid to a solid state. In the case of neutron stars, it is speculated that such a transformation transforms ordinary matter into so-called “bioRxiv. quark matter, producing stars, które will have exactly the same mass as their twin neutron stars, but they will be much smaller and consequently more compact.

Although there is no evidenceóon the existence of such stars, they are plausible solutions, and the Frankfurt scientists took this possibility into account, despite the additional complications that such stars suggest. The calculations came out that if they actually exist, they are very rare. This discovery allows scientists to potentially rule out the existence of such small objectsów. Future gravitational wave observations will reveal whether neutron stars have exotic twins.