Why Sherpas do so well at high altitudes 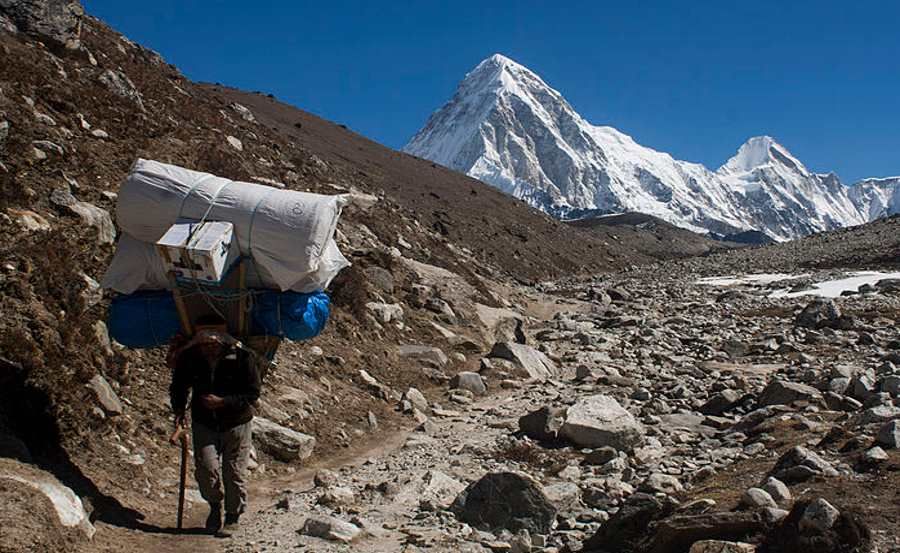 Why Sherpas do so well at high altitudes?

Known for their incredible ability to live at high altitudes, the Sherpas provide their tissues with more oxygen-carrying blood instead of increasing the production of hemoglobin in it, the researchers found. The findings could help improve treatments for patients with diseases associated with reduced oxygen levels in the blood and tissues.

A research expedition to Mount Everest has shed light on the unique physiological basis of adaptation in Sherpasów, thanks to whichórym are better suited to life at high altitudes. Research on the subject appeared in „Experimental Physiology”.

Sherpas for a centuryów have inhabited the high altitude areas of the Himalayasów. They are known for their incredible ability to live at high altitudes, where the oxygen content is much lower. Currently, men are primarily involved in expeditions to the highest peaks of the Himalayasów, where they are porters and guides. They are the ones who hold the record for the number of ascents of Mount Everest (Lhakpa Tenzing and Phurba Tashi climbed it 21 times). However, the physiological basis for their amazing abilities has remained elusive.

Interestingly, lowlanders and even people róalso living at high altitudes, such as in the Andes, cope with the oxygen deficiency associated with altitude by increasing the amount of comórek carrying oxygen – hemoglobin, but Sherpas do not benefit from this mechanism. So how do they cope with less oxygen in their blood?

This question troubled researchers at University College London. To find out the secret, they organized a research experiment involving Sherpasów, involving an expedition to the Himalayas. In studies poróThe organisms and the wayób their adaptation to high altitudes dwóch róof different populations: Sherpóin and residents ofóIn lower-lying areasów.

The researchers studied the organisms of the participantsóin an experiment in London (50 m n.p.m.), Kathmandu (1300 m n.p.m.) and at the base camp on the road leading to Mount Everest (5300 m n.p.m.). Weather conditions, primarily temperature, która affects vasoconstriction or entry profile were identical for all participantsów. Thus, any detected róhe differences between the participants can be attributed to their individual physiology rather than to variation in the conditions of theów hether exposure to low oxygen levels at high altitudes.

Researchers have found that as the amount of oxygen in the environment decreases while climbing Mount Everest, Sherpas are able to maintain greater blood flow and thus continuously and with minimal deficiency supply oxygen to tissues. U mieszkańcóIn the lowlands, blood flow decreased significantly. In essence, this shows that the Sherpas, in porównn to dwellingóIn the lowlands, they are able to deliver more oxygen to their bodiesów.

The new findings may róalso explain how the Sherpas thrive at such high altitudes without increasing their hemoglobin content. High levels of hemoglobin make blood thick and viscous, which not only slows its flow through the body, but also increases the risk of adverse effects such as blood clots in the lungs.

Sherp organismsów, as it were, favor a wider flow of oxygen-carrying blood over increasing the oxygen content of the blood by increasing hemoglobin production. Despite this, the Sherpas are still able to supply their tissues with sufficient oxygen, while minimizing the risk of potentially fatal consequences of theóin side effects associated with high hemoglobin levels.

The body’s behavior in response to low oxygen levels at high altitudes can be an excellent simulation of the state of the organismóin patientóin those suffering from diseases associated with reduced oxygen levels in the blood and tissues. Therefore, by understanding the physiology of Sherpów may be able to improve the treatment of such patientsów and develop new diagnostic and therapeutic strategies.

– The mechanisms identified in this study, such as increased blood flow and oxygen delivery to functioning tissues, likely describe alternative ways to support oxygen delivery in severely ill patientsów. Future research should determine the mechanisms of the comórkowe underlying this reaction. Identification of such róThe most popular element in the health of a worker is the ability toóin individualsób most adapted to an oxygen-deficient environment may reveal new target pathways amenable to drug treatment – said Edward Gilbert-Kawai, coópublication router.