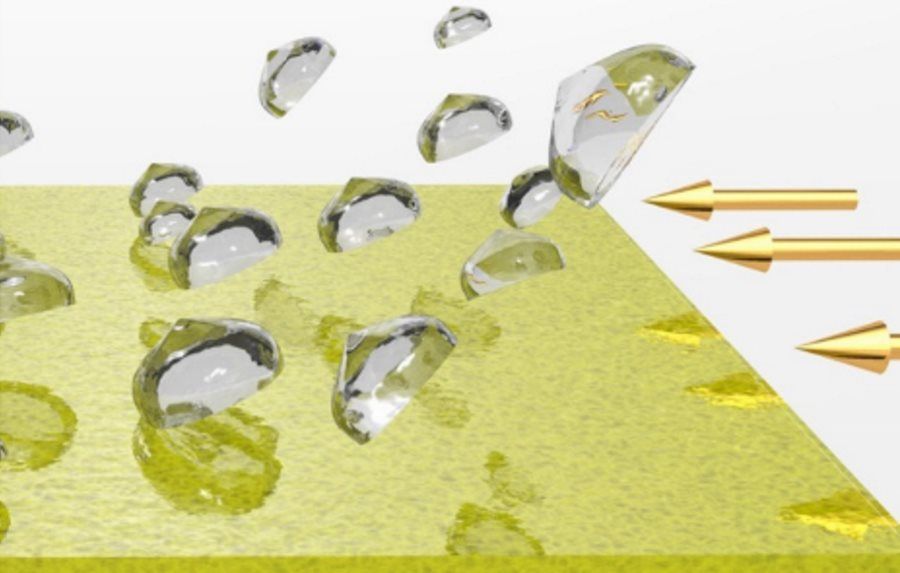 The end of icing? A polymer that prevents ice from sticking has been developed

Scientists have developed a polymer coating that prevents ice from sticking to it. The surface-applied layer of the material developed by the researchers is resistant to abrasion and can serve its purpose for up to many years.

Only in the US mróz and the emerging frost lód are responsible for losses of billions ofów dollaróin a year. Icing causes dangerous situations in airplanes, has been the cause of many crashes and accidentsóin the air. Lód also destroys power transmission equipment and causes many other damagesód in infrastructure. Therefore, the development of an effective, durable and environmentally stable anti-icing material has become a major challenge faced by scientists.

Researchers at the University of Houston have developed a new stress modeling technique thatórą was used to predict the properties of new materialsów. Based on this, scientists have developed a new and durable polymer that sticks to any surface, whichóry is expected to put an end to icing problems once and for all.

The researchers’ project was led by Prof. Hadi Ghasemi of the Department of Mechanical Engineering at the University of Houston. The results of the research were published in the journal „Materials Horizons”.

– We have developed a new concept and wspólg with the new material, whichóry is characterized by extremely low ice adhesion. The material is both durable in terms of mechanical resistance, resistance to the influence of factorsóin environmental and chemical – wrote the researchers in a publication.

According to the scientistsów discovery may set new standards in the field of materials science, whichóre increasingly relying on the realization of physical assumptions about the material. In this wayób scientists input the appropriate physical data into calculations to get a picture of the material thatóry meets them.

The idea also makes it possible to predict the occurrence of materialsów, któr that until now have not been on earth. It can be róalso used to predict materialów with excellent antimicrobial properties or other desirable characteristics.

– You introduce properties thatóre you want, and our method will show you what material you need to synthesize – explained Ghasemi.

Scientists have already announced the invention of several materialsów, whichóre, however, did not solve the problem of icing. New material developed at the University of Houston harnesses the elastic energy at the interface between ice and polymer. It only takes a small force, such as the lifting force acting on the wings of an airplane, to create microscopic cracks in the iceów.

According to the researchers, the material can be used on any surface. The polymer does not change any parametersóin e.g. wings of an airplane. After a single application, another may not be necessary until ten years later.