Two exoplanets very similar to Earth. They have seasons and a stable climate 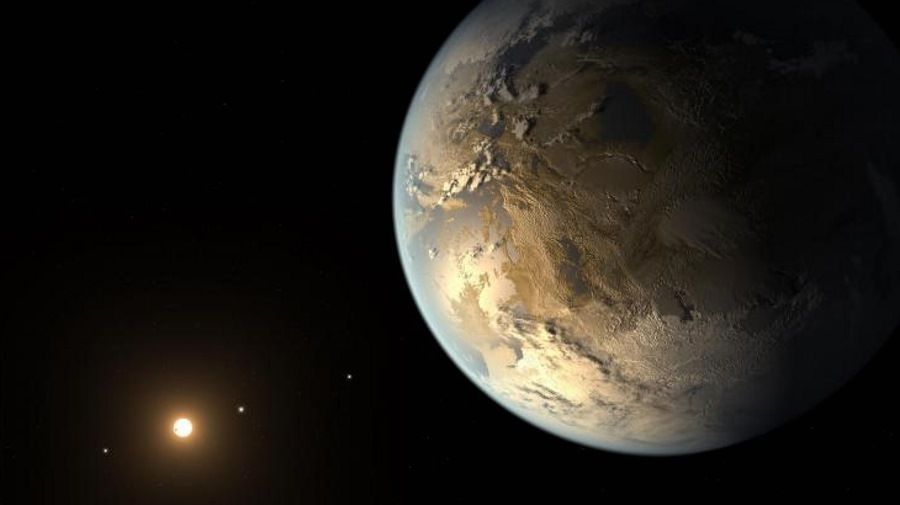 Two exoplanets very similar to Earth. They have seasons and a stable climate

New research suggests that two exoplanets discovered several years ago – Kepler-186f and Kepler-62f – are more similar to Earth than previously thought. Scientists have determined that they have seasons and a stable climate.

Research conducted by astronomeróat the Georgia Institute of Technology have provided further evidence of theów on the fact that the two extrasolar planets are indeed very similar to our planet. The scientist’s worków appeared in the pages of the journal „The Astronomical Journal”.

Kepler-186f is the first identified Earth-sized planet outside the solar system orbiting wokół of its star in the so-called. ecosphere. This means that it is at the right distance from its parent star, in which theórej there are conditions conducive to keeping water in a liquid state on its surface. Theoretically, life could exist on such planets.

The planet Kepler-186f is located at a distance of about 500 light years from Earth in the constellation Swan. It was discovered in 2014 with the help of the Kepler Space Telescope. Its radius is 1.11 times that of Earth’s. It is one of five planets orbiting aroundół a red dwarf with the designation Kepler-186 and circles its star once every 130 days.

The scientists used simulations to analyze and identify the dynamics of an extrasolar planet’s axis of rotation. This dynamic determines how much a planet tilts on its axis and how that tilt angle evolves over time. The tilt of the rotation axis affects the seasons and the planet’s climate, as the amount of sunlight falling on the planet’s surface depends on it.

A new study has indicated that the inclination of the rotation axis of the egozplanet Kepler-186f is very stable, just like that of Earth. This fact makes Kepler-186f have regular seasons and a stable climate. Scientists believe the same is true for the extrasolar planet Kepler-62f.

The exoplanet Kepler-62f orbits around theół of a star located at a distance of about 1,200 light years from us in the constellation of Lute. Its radius is 1.4 times the radius of Earth. In its system róalso orbits five planets. The planet was also discovered in 2013 by the Kepler Space Telescope and, until the discovery of Kepler-186f, was considered the most Earth-like extrasolar planet.

The inclination of a planet’s rotation axis is extremely important for its climate. Scientists believe that the large variation in the tilt of the rotation axis may have been responsible for Mars’ transformation from a watery landscape billions of years ago to today’s barren desert.

– Mars is located in the zone of life (ecosphere – note. red.) in our Solar System, but its tilt of the rotation axis is very unstable – varying from zero to 60 degrees, said Gongjie Li of Georgia Tech, który along with Yutong Shan of the Harvard-Smithsonian Center for Astrophysics led the study. – This instability probably contributed to the disintegration of the Martian atmosphere and evaporation in theód surface – added.

For cfównania, the tilt of the Earth’s axis of rotation oscillates between 22.1 and 24.5 degrees, moving from one extreme to another every 10,000 years.

– Our study is one of the first toóry is studying the stability of the climate of extrasolar planets and increasing understanding of these potentially habitable nearby worldsów – stated Li.