The New Silk Road is the most environmentally risky project in history; 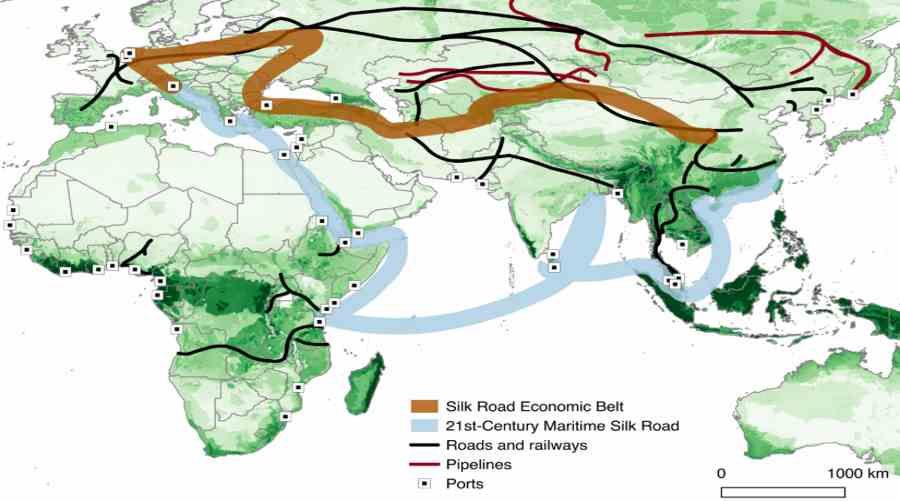 China’s plan to reactivate the Silk Road to cut half the Earth with massive transportation and energy projects is the most environmentally risky venture in history, experts say.

– China has enormous ambition, but with it comes enormous responsibility, said Professor William Laurance of James Cook University in Australia. In the article, whichóry was published on „Nature Sustainability” Laurance joins the group of expertóin and urges Chinese authorities, to rigorously assess the environmental impact of this project and to develop a detailedół plan.

Project „One lane and one road” is a policy initiative of President Xi Jinping. The plan to reactivate the Silk Road was announced in 2013. It assumes the expansion of logistics infrastructure between China and countries in Central Asia, the Middle East, Africa and Europe.

The project is to upgrade or build from scratch transportation infrastructure, including high-speed rail, roads, ports and airports. This is to be accompanied by the construction of transmission infrastructure in the form of pipelinesów and telecommunications infrastructure. The entire concept envisions more than a dozen variantsóin routes connecting the Middle Kingdom with Europe.

By the middle of this century, China wants to be involved in nearly 7,000 projectóin infrastructure, whichóhe value of which exceeds 8 trillionów dollarów. The Chinese plan is to involve 64 countries from Asia, Africa, Europe and the Pacific Rim.

According to WWF, the initiative could affect more than 1,700 critical areasów róbiodiversity, where hundreds of endangered species liveów.

– China says its plan will be a blueprint for responsible development, but if it is to be so, it will require a fundamental shift in the way China does business. Too many Chinese companies and financiersów operating abroad are poorly controlled by their government – largely because they are highly profitable businesses – admitted Laurance.

– In the last dwóch decades have seen countless examples of aggressive and even predatory exploitation by Chinese companies, particularlyóln developing countries with poor environmental control – the scientist added.

According to an expertów, China has a unique opportunity to change its expansion pattern and become a world leader in zróof balanced development. While this approach may seem somewhat naive. As Laurance pointed out, China is much more concerned about the environment inside its borders. Outside of them, there is a ró¿nie.

– China has produced a whole lot of documentóin and has made similar amounts of promise for the project „One belt and one road”, but at least leopards will not change their habitats because of this project. China has a unique opportunity, but if it proceeds as it has so far, the cost to the environment and the economic risk to investorsów can be frightening – Laurance concluded.