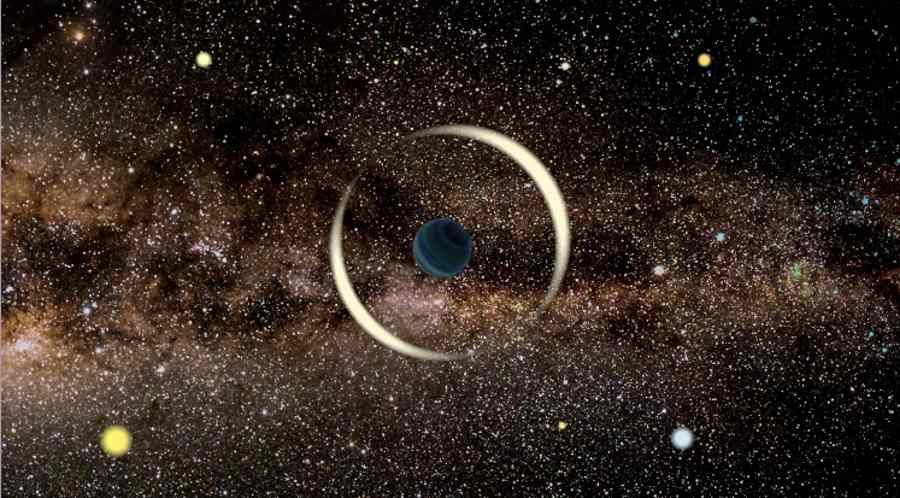 Researchers at the Warsaw University Astronomical Observatory have discovered two previously unknown free planets, that is, planets that are not gravitationally bound to any star. One of the planets is slightly larger than Earth, the other is the size of Jupiter.

Theories explaining the formation of the systemóin planetary predict the existence of freely moving planets, whichóre have been ejected from their systemsóin the parent. These planets traverse the galaxy’s boundless expanse alone, and even though they do not emit light, they can still be detected.

More than four thousand extrasolar planets have been discovered so far. Most of these discoveries were made thanks to the Kepler Space Telescope, whichóry due to lack of fuel has already completed its mission. The planets were found in large part through observations of their parent stars. Glównie by tracking periodic dipsóIn the brightness of a star caused by the passage of a planet in the background of its disk. This is the so-called transit method. But similar techniques cannot be applied to free planets.

The results of the Warsaw astronomers’ researchów were published in the pages of the journal „Astronomy & Astrophysics”.

– Solitary planets do not emit light, so we cannot observe them directly. To detect them, we use the method of gravitational microlensing – explained in a communiqué published on the website of the UW Astronomical Observatory by Przemysław Mróz.

What the gravitational microlensing method is all about? If a planet comes almost exactly between an observer on Earth and some distant star, the planet’s gravity can act like a giant lens and focus the light of that star – sourceódła. By focusing light, ground-based telescopes can pick up krótkotrnual brightening of the sourceódishes, called the phenomenon of gravitational microlensing.

The gravitational microlensing method makes it possible to locate the objectów, które do not emit light, even though free planets. The duration of such a phenomenon depends on the mass of the lens. The greater the mass of an object, the longer the microlensing phenomenon will last. When the phenomenon is caused by the star’s gravity, it can last several days. In the case of planets, it is only a few hours.

Warsaw astronomers have not only located free-floating planets, but also measured their masses. For this, oprócz the duration of microlensing, you also need data on the velocity of the lens relative to the source of theólight background. As admitted by Mróz, the scientists used the so-called “Kepler Space Telescope”. technique „Hollywood”, która involves observations of the largest stars.

The free planets were discovered as part of the OGLE sky survey conducted by the astronomerófrom the University of Warsaw. The publication uses observations collected with the Warsaw Telescope located at Las Campanas Observatory in Chile, as well as other telescopesóin located in New Zealand, Australia, South Africa and Israel.

OGLE project, whichóry is one of the largest wspóA modern surveyóin the sky, is being conducted for the 27th year. One of the first targetsóin the scientific review of OGLE was to discover and study the phenomena of gravitational microlensing. The research currently underway is in a very wide range of areas,” wspómodern astrophysics – search for extrasolar planets, the study of the structure and evolution of the Milky Way and neighboring galaxies, variable stars, quasarów, transient phenomena (new stars, supernovae).

– The discoveries are consistent with our earlier predictions that there is at least one small-mass free planet for every star in the Milky Way – said prof. Andrzej Udalski, OGLE project manager.