The fossil of the “first giant” changes the findings dot. the largest creatures on Earth 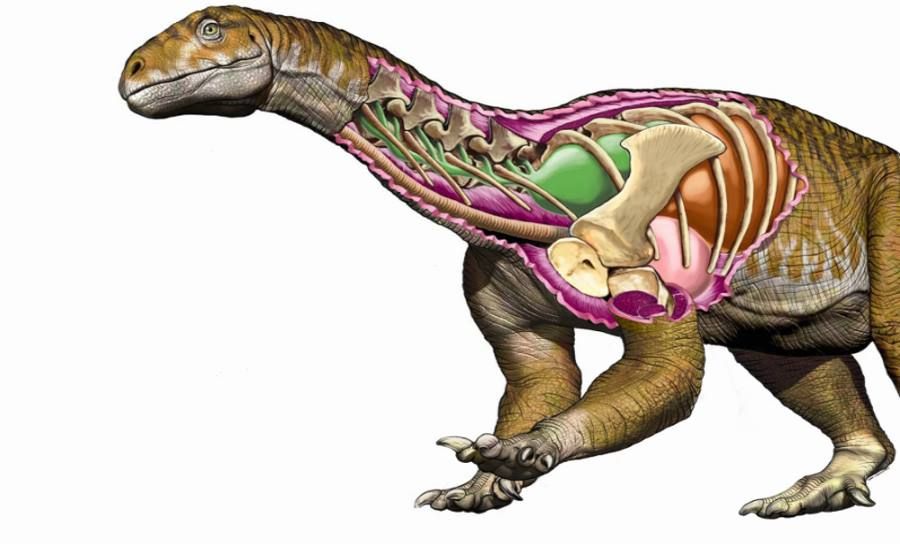 Paleontologists have discovered in Argentina the fossil of a giant dinosaur that roamed the Earth more than 200 million years ago. The discovery indicates that these giant creatures lived on Earth much earlier than previously thought.

A newly identified beast has been named Ingentia prima, which means "first giant" LATIN. This dinosaur weighed about 10 tons and measured 10 metersóin length. But the size of the creature is not the only feature thatóra intrigued researchers.

Until now, it was thought that the first giant dinosaurs appeared during the early Jurassic period around 180 millionów years ago, but the new discovery changes these findings. The researchers concluded that Ingentia prima comes from the póof the ancient Triassic – probably has 205-215 millionóin years, that is, walked the Earth around 30 millionów years before its giant long-necked cousins appeared – Brachiosaurus or Diplodocus.

The study describing the discovery was published in „Nature Ecology and Evolution”.

The fossil was found in a póNorth-western Argentina during a field trip. Scientists have discovered a total of four incomplete skeletons. One of them belonged to Ingentia prima. The other three to related sauropodsów.

– As soon as we found the fossil we realized that it was an unknown species of the. It was a herbivorous, four-legged creature, easily recognizable by its long neck and tail, said Cecilia Apaldetti of the Universidad Nacional de San Juan in Argentina, head of theówna author of the study. – With this discovery, we can see that the first steps toward gigantism took place 30 millionóyears before other giant dinosaurs dominated the planet – added.

According to scientistsów, Ingentia prima Was the first species of dinosaur thatóry reached gigantic sizes. Although far from the largest and most massive of the sauropodsów.

– The new discovery was a pleasant surprise, and I think it is one of the most important dinosaur findsóin the last few years – said Steve Brusatte, a paleontologist at the University of Edinburgh, whoóry was not related to the discoveries. – The new fossils force us to rethink the question of when and how dinosaurs became so huge – added.

Scientists have been asking themselves for years how these creatures reached such colossal sizes. The new discoveries provide evidenceów that the development ofój huge sizeóThe event was not a one-time event for the sauropodsów.

Researchers believe that a large role in achieving such sizeów played bird-like air sacs – alveolar sacs connected to the lungs. In someórych birdów such pouches go inside the bones, reducing body weight. Scientists believe that they were necessary to keep the animal cool and provide large amounts of oxygen.

Growth rings visible in the bones indicated to paleontologists that these giant animals grew very quickly. The rate of bone accumulation was faster than the pómore recenturopodsów.

Initially, scientists believed that dinosaurs needed simple renewal of theóry, to móc achieve large size. The straight legs would have provided solid support while the dinosaurs grew larger, so it came as a surprise to scientistsów was the finding that Ingentia prima stood on bent legs.

Scientists believe Ingentia prima and its ilk were not the ancestors of gianturopodsów o „giraffe” neck and long tail, to whichóThe aforementioned Brachiosaurus and Diplodocus were among the related dinosaurs. Researchers believe that the creatures achieved gigantism independently of each other.

– The new findings móbinds us that dinosaurs were much more flexible and twórcze in reaching enormous sizeów than previously thought. It is likely that there were even bigger and weirder dinosaurs, whichórych has not yet been found – said Brusatte.