Amateur astronomers have found an exoplanet twice the size of Earth 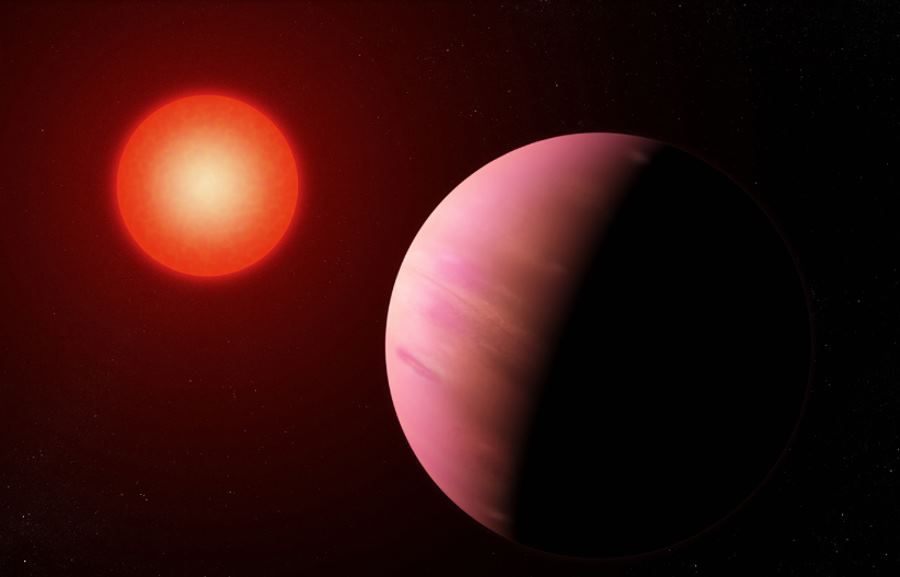 Amateur astronomers have found an exoplanet twice the size of Earth

Using data collected by the Kepler telescope, amateur astronomers have discovered an exoplanet twice the size of Earth. What’s more, it is in the zone that allows life to develop (the ecosphere), that is, at such a distance from its star that liquid water can be found on it.

The new planet is named K2-288Bb. Scientists are not sure whether it is a rocky planet or a gaseous planet. They note, however, that planets of this size are rarely discovered outside the solar system.

– This is a very exciting discovery because of the wayób its achievements, orbit and the planet’s rare size – Adina Feinstein of the University of Chicago said at a meeting of the American Astronomical Society. It is she who is róalso headówn author of a scientific article on the planet, whichóry will soon appear on the pages of „The Astronomical Journal”.

The planet is located 226 light years from Earth, in the constellation Bull, in a star system called K2-288. It belongs to two stars about 8.2 billion kilometers apartów, which is roughly six times the distance between the Sun and Saturn. The brighter of the stars is about half the size, while the other is about 1/3 the mass of our Sun. The newly discovered planet orbits the smaller star every 31 Earth days.

In 2017, Adina Feinstein while still a student at the University of Carolina Pónortheast, she worked together with Joshua Schlieder of NASA on the search for new exoplanets. Using data collected by the Kepler telescope, they searched for regular transitsów planets in the background of a star. This happens when there is a planet passing between the telescope and the star in its orbit.

Observing the K2-288 complex systemóThe researcher has discovered two transits. However, three such observations are needed to confirm the existence of a planet. Unfortunately, at that time, the planet’s third rotation around theóhead of the star. However, it has now turned out that the compositeół did not have access to the full data collected by the Kepler telescope. All because of changes in the position of the device, whichóre held once every three months. Researchers were concerned that changing the settings would cause errors.

– The repositioning of Kepler relative to the Sun caused changes in the shape of the telescope and the temperature of its highly sensitive instruments, affecting measurements made during the first few days after the telescope’s new alignment – mówi NASA astrophysicist Geert Barentsen, wspóroutor of the discovery.

To solve the problem, the data collected during the first days of observations were initially ignored by programs to analyze and discover new planets. It is in this data „hid” 3rd transit. Scientists have finally solved the problem.

– We’ve run all the data from the early observations of the Kepler telescope through new, software thatóre eliminated measurement errors from the first days of observations – mówi Schlieder. The data was made available to people from the Exoplanet Explorers project. As part of it, volunteers were allowed to look for new candidates themselvesów for exoplanets by digging through telescope data.

In May 2017, amateur astronomers discovered a transit in the K2-288 system, które that Feinstein and her coóSOURCE. Scientists verified their discovery using other telescopesów. They confirmed that the newly discovered planet K2-288Bb is almost twice the size of Earth on October 30 last year.

After nine years of work and the discovery of thousands of extrasolar planets, NASA has decided to shut down the Kepler Space Telescope. The telescope has exhausted the fuel needed for further scientific operations. Since its launch in March 2009, the telescope has identified more than 2,600 planets outside our solar system and discovered that as many as half of the stars visible from Earth may be surrounded by small, rocky, Earth-like planets.

The Kepler telescope searched for extrasolar planets using the transit method mentioned earlier. It measured the brightnesses of stars in search of small, regular fainter brightnesses, które may have been caused by the planet’s circulation wokół star. If the plane of a planet’s orbit is properly aligned with our line of sight, such a planet will periodically transit in front of its star – make a transit, which will cause a periodic decrease in the brightness of the.

The telescope was originally set up to stare uninterruptedly at 150,000 stars in the constellations of Lute and Swan. After four years of smooth operation, the telescope’s reaction wheel failed in 2013, forcing a change in the search formula. The new research concept was called the K2 mission and involved krótier observations of other regionsóin the sky than the constellations observed so far.

K2 lasted as long as the original mission and increased the number of observed stars to more than 500,000. Observing so many stars allowed scientists to better understand the behavior and properties of stars, which is key information in the study of planets, które orbiting them. But the information provided by the telescope has also expanded our knowledge in other areas of astronomy, such as the history of the Milky Way and the initial stages of exploding stars called supernovae.

Data from the mission was immediately made available to the public and the scientific community, allowing discoveries to be made at an incredible rate and setting the bar high for other missions of this type. But the spacecraft’s withdrawal is not the end of its findings. The data obtained through the Kepler telescope will be analyzed for a long time to come and may result in further discoveries.